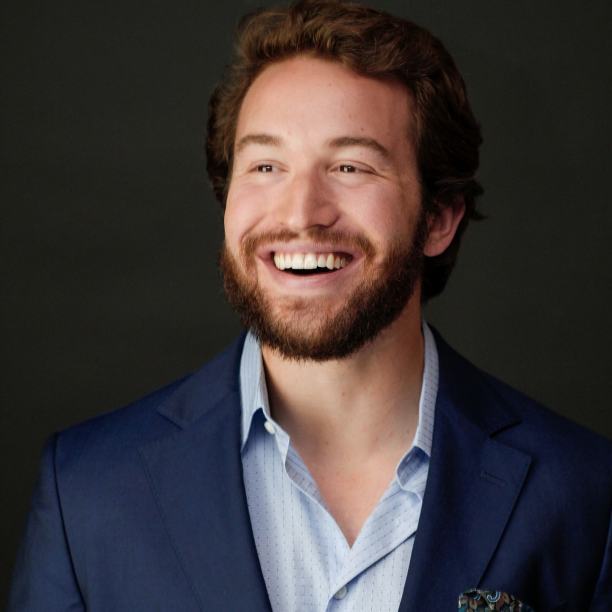 Strength & Elegance
Contact Michael Hewitt ›
«“AN AUTHORITATIVE PERFORMANCE…HEWITT’S FOCUSED BARITONE HAS THE WEIGHT TO CONVEY THE DARKER EMOTIONS OF AN UNSYMPATHETIC CHARACTER.”»
opera warhorses (2017)
«“…HIS SILVERY TONE COULD EASILY DISPATCH THE FLORID LINES OF DONIZETTI’S CAVATINAS WITH EASE.”»
Opera wire (2017)
«“JUD’S FOREBODING ARIA, “LONELY ROOM,” OFTEN CUT, IS LEFT INTACT, FORTUNATE FOR US WHO GET THE BENEFIT OF MR. HEWITT’S BURNISHED BARITONE IN AN ALL-OUT DRAMATIC VOCAL DISPLAY”»
Blasting News (2017)

Michael Hewitt loves to sing.  He specializes in new works, Italian repertoire, Bach, and as a proud AEA member, Golden Age musical theater (to view his resume, click here).  He is strong advocate for charity, having raised nearly $3000 for pediatric cancer research to compete in the The Decath10n.
CLAIRE MCADAMS PHOTOGRAPHYRecently, Michael made his company debut with The Glimmerglass Festival, reprising his role of Jud Fry in Oklahoma! and bringing the role of King Edoardo III to The U.S.A. in the American premiere of Donizetti’s L’assedio di Calais.
At The Music Academy of The West, his portrayal of Alidoro in Rossini’s La Cenerentola was met with “extended applause” (Opera News). As a Vocal Fellow at Aspen he was lauded by the Aspen Times, for making “ …a big impression, as much for his resonant baritone as for his broad comedy as Somarone”in Hector Berlioz’s Béatrice et Bénédict. Other roles include Olin Blitch in Carlisle Floyd’s Susannah and Don Giovanni in Don Giovanni at the University of Denver’s Lamont School of Music, and the title role in Puccini’s Gianni Schicchi and Bottom in Benjamin Britten’s A Midsummer Night’s Dream.
Michael’s concert performances include Bach’s BWV 79 Gott der Herr ist Sonn und Schild with the Houston Bach Society and the solos in Bach’s St. Matthew Passion with Houston Masterwork Chorus. With Houston Masterworks Chorus, he also sang Mozart’s Requiem. He sang Beethoven’s Symphony No. 9 with Houston Youth Symphony for their 70th anniversary, and welcomed in the holiday season with Bach’s Magnificat with Masterworks Texas Chorale.
AS LANCELOT IN “CAMELOT”. CREDIT TO CARNAHAN PHOTOGRAPHYSinging works from Golden Age musical theater, past roles include Jud Fry in Oklahoma!, Frank Butler in Annie, Get Your Gun, Emile in South Pacific, Lancelot in Camelot, Fred/Petruchio in Kiss Me, Kate, and The Pirate King in The Pirates of Penzance. He was a finalist in the Lotte Lenya Competition.
As a proponent of new music, Michael took part in the world premiere production of Far Beyond Rubies, originating the role or Mordecai, a musical based on The Book Of Esther written by Holocaust survivor Osi Sladek. In collaboration with The Aspen Institute, Michael was featured in composer Mohammad Fairouz’s lecture “We Must Love One Another Or Die: Geopolitical Poetics in an Age of Cynicism”, where he sang excerpts of the role of Machiavelli from Fairouz’s opera The New Prince.
Michael is a cantor and soloist at St. Michael The Archangel Catholic Church in Houston. You can catch him at every 11 am Sunday mass. Once a week, he can also be heard singing at the 5 pm Saturday mass, 7:30 am, 9 am, 12:45 pm, or 6 pm Sunday masses.
When not onstage or in rehearsal, Michael can be found in the training in the gym, reading, or searching for the city’s finest espresso. He turned his passion for fitness into a philanthropic effort, raising nearly $3000 for pediatric cancer research and treatment at MD Anderson in Houston, TX as a competitor in The Decath10n

He is Precision Nutrition certified coach, and when he isn’t on stage, he works as a fitness consultant, helping people to lose weight, build muscle, and develop physiques they can be proud of.  If you ask him about fitness, he’ll tell you that consistency is key, you can’t outwork a poor nutrition, and to visit Hewitt Fitness to get to where you want to be.
If you ask him for a book recommendation, he’ll tell you to read Shogun by James Clavell, The Count of Monte Cristo by Alexandre Dumas, and Demian, Steppenwolf, and Siddartha by Herman Hesse.
Michael is an alumnus of prestigious training programs, including Perry Mansfield, Barrington Stage Company, Houston Grand Opera’s Young Artist Vocal Academy, The Music Academy of The West, The Aspen Music Festival, Seagle Music Colony, and Chautauqua Opera.
He holds degrees from The University of Denver Lamont School of Music (BM) and Rice University Shepherd School of Music (MM), where he was the recipient The McCollum Fellowship, awarded annually to one student in the School of Architecture or The Shepherd School.
Read More